Pokemon related Halloween costumes will most likely be one of the most sought after costumes for Halloween in 2016.

Here you will find some fun Pikachu Halloween costumes for kids.

Pikachu is considered to be the most popular of all Pokemon in the Pokemon both the games and anime television series.. which originated in Japan.

Pokemon has been a huge phenomenon since the 90s and is sure to be quite popular for many years to come. This Halloween plenty of kids are sure to ask to be Pikachu, the most popular Pokemon character of all. 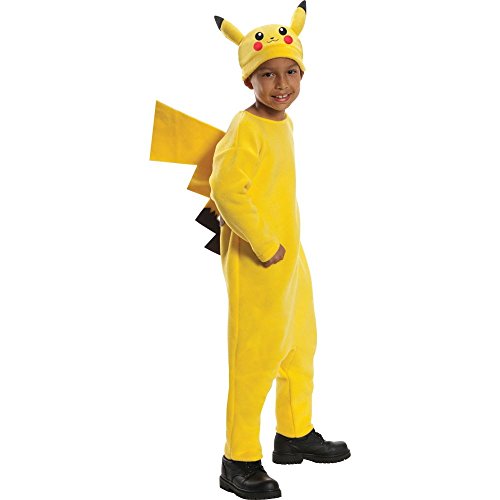 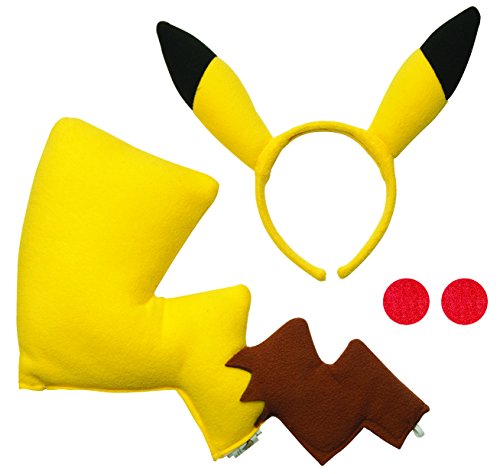 The Pokemon Halloween costume is very bright and colorful.The costume features a hat as well as an attached tail that is shaped like a lightning bolt. Your child might even consider going as Ash, who is Pikachu’s friend and trainer.

Pokemon started in Japan back in 1996 and it didn’t take long for its popularity to expand through Europe, the United states and the rest of the world. The Pokemon creatures may seem cute can cuddly, but they sure can fight!

Pikachu has black tipped ears along with red spots on his cheeks, which sparks electricity when fighting, mad or simply interacting with the other

Pokemon creatures. And while your child’s costume certainly wont do that, it will be fun for him or her to pretend.

The lightning bolt-like tail on Pikachu’s costume is also fun, and your child will love moving it around while pretending to spark lightning.

Pikachu himself is a small creature, although your little Pikachu certainly won’t be as small as the actual character. The attached tail is shaped like a lightning bolt, which they will love swishing around and pretending to spark thunder and lightning.

All in all, Pikachu is an adorable costume for kids and a nice change from many of the scary or gory costumes out there. And since many kids are such huge fans of Pokemon, the Pokemon costume is sure to be popular even after Halloween.

While Pikachu tends to be the most popular Pokemon character, there are also plenty of other Pokemon costumes available.